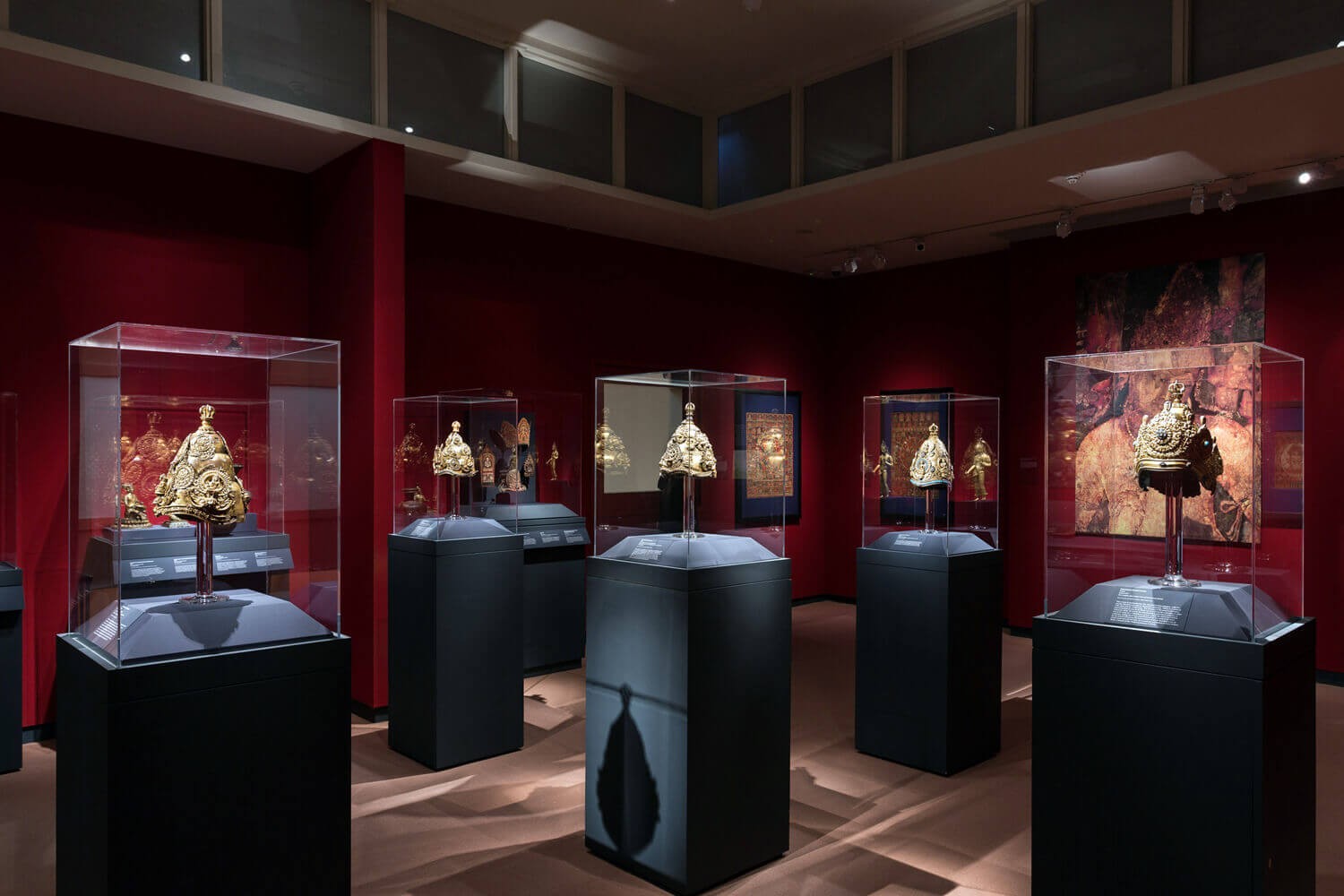 The Metropolitan Museum of Art in New York presents ‘over 5,000 years of art spanning all cultures and time periods’ in its galleries, and for a year until the exhibition closed this week it displayed a unique facet of Kathmandu Valley’s Vajrayan Buddhist heritage.

‘Crowns of the Vajra Masters: Ritual Art of Nepal’ presented five heirlooms of the Vajracharya clans of the Nepal Mandal (Kathmandu Valley) in a darkened gallery. The tapered crowns made of gold-plated gilt copper with repoussé medallions carrying the images of the Five Dhyani Buddhas (Vairochan, Akshobhya, Ratnasambhav, Amitabh and Amogasiddhi) were beautifully spotlit. 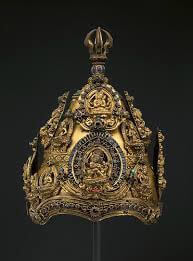 The mukuts (crowns) sparkle with semi-precious stones, turquoise and coral, and each has half a thunderbolt sceptre (vajra) at the tapered top. The way the crowns follow the contour of the wearer’s head from temple to forehead just above the brow is distinctive of this genre, but each of the five on display is different from the other.

It is not that The Met is lacking in cultural items related to Nepal, some of which have arrived here through the back door, so to speak. A decade ago, historian Ramesh Dhungel gained access to the storage space of the Museum and emerged with the work, The Lost Heritage: Hindu and Buddhist Art of Nepal at the Metropolitan Museum of Art (2010). 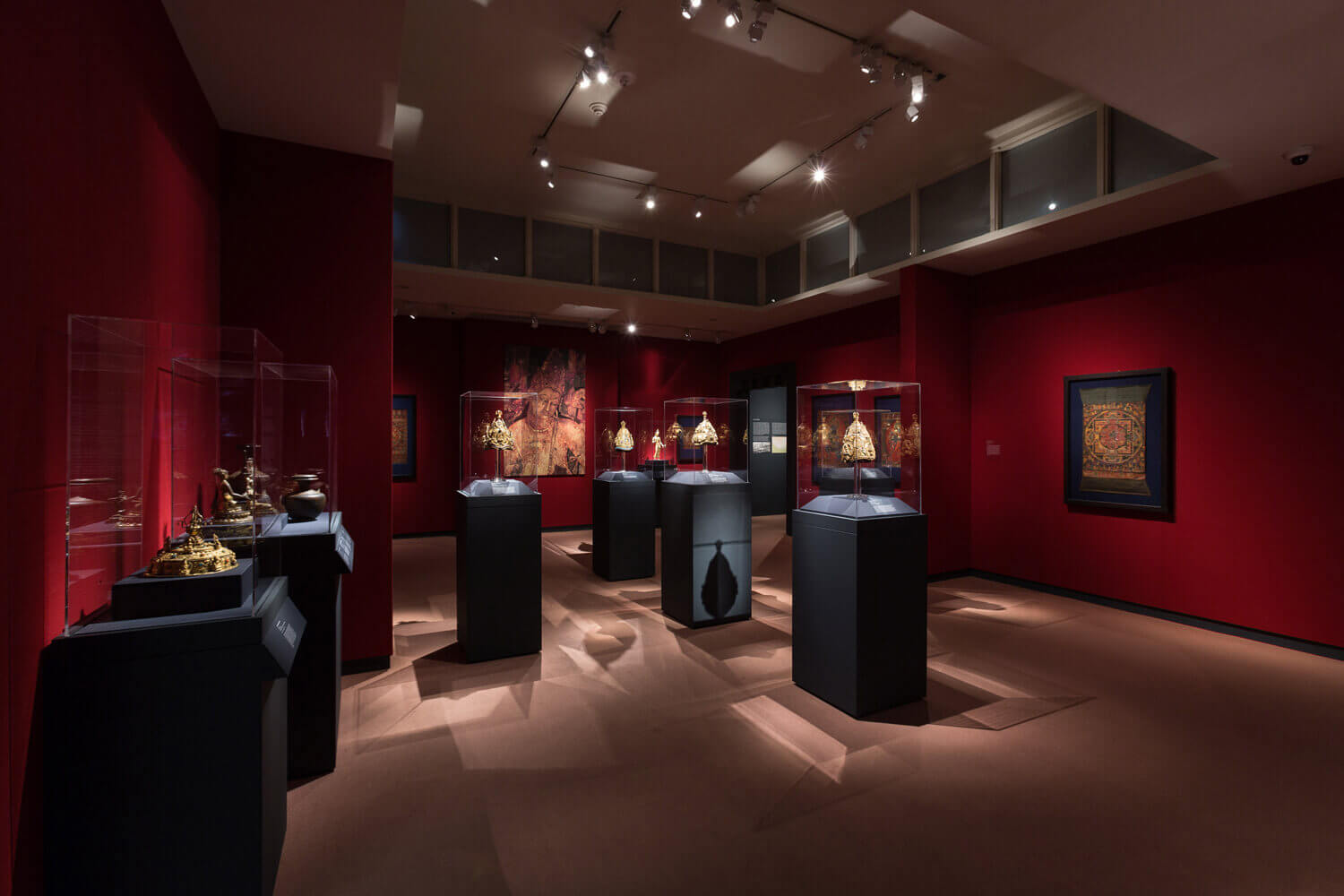 The exhibit of crowns which date from the 12th to the 18th century was curated by John Guy, who heads the South and Southeast Asia section at The Met, and also the museum official who came to Kathmandu in early April to return two statues that were found to be stolen (a standing Buddha and Uma Maheswar).

The Vajracharya are the masters of the thunderbolt sceptre (vajra) and the crowns the priests wear during rituals Guy describes as ‘one of the most spectacular symbols of Buddhist ritual in Nepal’. Donning these crowns is central to Vajrayana rituals, transforming the wearer into ‘a perfected being, a bodhisattva’.

The Met exhibition described the devotional use of the crowns, their iconography and stylistic evolution. The pieces preserve memory of the earliest Buddhist traditions going back to the 5th century, as far back as the mural portraits of Ajanta and Ellora where we find figures wearing comparable headdresses.

It is entirely possible that the crowns of Kathmandu are descended from a line of tradition that goes back to those worn by the nobility depicted in those murals. The ancient Hindu and Buddhist statuary of gods and goddesses from the Valley and other parts of South Asia also show them wearing similar headdresses.

The Vajrayan tradition itself started in the 8th century in the region encompassing today’s Bihar, Bengal, Odisha and Nepal, and gained momentum for about four or five centuries. Vajrayan weakened in the Ganga plains and Odisha around the 12th century, and the Valley became the natural refuge for the tradition.

“The Valley remains today the centre of the Vajrayan tradition, and the Vajracharya community provides continuity to the ancient practice,“ says Guy.

It is worth considering how these crowns left the Valley and joined the collection of The Met. There is an inscription in one mukut which says it was made in the year 1145 CE. Two of the pieces were actually held by the Museum’s section on Tibetan art, where they had been stored as Tibetan war helmets. It was only in preparation of the exhibition that the Museum officials realised they were Vajracharya crowns.

While these five crowns ended up spotlit in a New York museum, in the baha courtyards of the Valley’s inner cities the rituals associated with wearing the crowns continues as living tradition among Newar Buddhists. The Vajracharya community, custodians of the crowns and the tradition they represent, help connect us all to a thousand years of Nepali and South Asian history.