It was not preordained that matters would go so wrong in the second Constituent Assembly (CA), with such deadly results as 34 citizens dead and counting. Nepal is not like one of the larger countries in South Asia which can override mayhem in different parts because of size and distance. Which is why what has happened over the last two weeks has been heart-stopping, enough to deflate conserved energy and aspirations. And yet, we must take heart and renew energy through cool-headed appreciation of how we got into this dangerous morass. 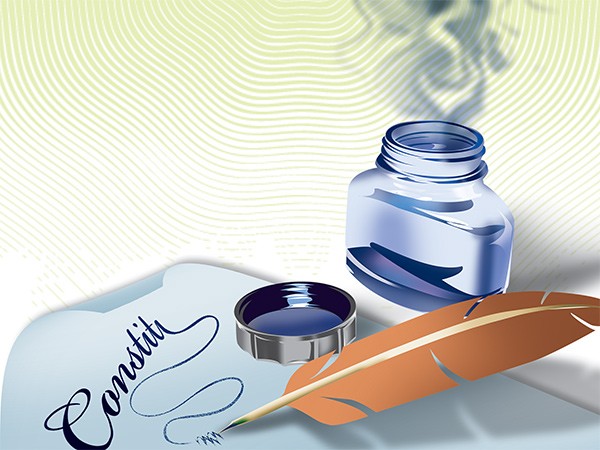 Nepal achieved democracy in 1990 and the Maoist began their ‘war’ in 1996 in order to dismantle it. Nevertheless, decentralisation was implemented through the Local Self-Governance Act, but then the conflict ultimately put an end to that experiment at devolution. It is now 18 years that we have been without an elected local government; one whole generation has grown up without the experience of an elected ward, village, city and district executives.
The earthquake came and went, people suffered in the absence of representatives in the villages. Now the Tarai-Madhes is in flames, and the absence of elected local leadership once again hits home, as there are too few to mediate, lobby and accommodate. Radical populism rules the local and a political syndicate controls the national, one that has refused to allow airing of contentious issues on the floor of the CA.

Kathmandu cabal
Constitution writing achieved a spurt with the 16-point agreement between the four parties, with the deal that province demarcation would be handed over to a commission. A Supreme Court single bench waded in and decreed that the job could not be farmed out. The parties proceeded gingerly, introducing the six-province formula in the Assembly.

It was the mid-western region that reacted against the demarcation rather than the ‘core Madhes’ of east-central plains as was expected by some. Surkhet, Jumla and Baglung were placated by the creation of an extra province, but the Tharu community was humiliated when its area of concentration was bifurcated between Province 6 and a newly created Province 7.

There was incitement to violence by some visiting ‘Madhesbadi’ leaders arriving from the east. In the eruption thereafter, eight policemen were lynched in Tikapur, Kailali, and 18-month-old Teku Saud shot dead. Thereafter, the conflagration swiftly moved eastward.

The ‘Madhesbadi’ politicians were initially nonplussed when the provincial demarcation that had been stridently sought was provided, ie, a plains-only province. In fact, the first reaction was grumbling that the eight districts of Parsa to Saptari that made up Province 2 was weak in natural resources. (Province 2 was the upshot of the earlier demand for ‘Ek madhes ek pradhes’, which did not go through because of objection of the Tharus and other plainscommunities.)

Now, the disengagement of the entire Tarai-Madhes plains from the hills has once again become the rallying cry. Amidst an atmosphere of marked external interest and activism, those in the agitation are now upping the ante and demanding one, two, three or more plains-only provinces. But even at this super-sensitive moment, one must ask the question whether this demand for exclusively plains-specific provinces is practicable, and even beneficial for the Madhesi mass as a whole, as well as the Tharus, Muslims, Pahadiyas and other plains communities.
The present agitation has been be welcomed by the commentators who, immediately after the election results of 2013, sought to make the distinction between matadesh and janadesh—that the elections results represented the Madhesi voters but not the Madhesi sentiment. But still the question remains, will the plains-specific provinces that is the demand of the moment benefit the people of Nepal’s Tarai-Madhes?

Run of mistakes
While one can challenge the stated demands of those leading the agitation, which has generated a humanitarian crisis in the plains in terms of schooling, public health and livelihoods, it is impossible to escape the conclusion that the parties in the driver’s seat at the CA have gravely mishandled the situation.

The biggest mistake, of course, was the show of bias towards hill people and against the Tharus when the shift was made from six to seven provinces; this could have been corrected immediately but for the foot-dragging powerbrokers of the NC and UML. Amidst the recriminations, Bijaya Kumar Gachhedar left the four-party partnership that had signed the 16-pointagreement.
The top leaders of the UML and NC have abandoned the politics of perception, not felt it necessary to reach out to the Madhesi and Tharu communities even for strategic purposes, nor been cognisant of the need to maintain the dignity of all communities. The topmost leaders (all of whom won elections from the plains) have not budged from their Valley mansions to visit the Tarai-Madhes to express condolence to the families of the dead and injured of the past two weeks, both ordinary citizens and security personnel. A helicopter day-trip would have sufficed for Prime Minister Sushil Koirala, KP Oli and Pushpa Kamal Dahal to do the rounds from east to west.

The Big Three could have come out with a joint statement expressing distress at the loss of lives, explained the challenges in the constitution writing since the first CA, and outlined the plans for a credible commission on demarcation. They could have addressed the confusion extant in the plains relating to citizenship, and they could have organised mass rallies in the Tarai-Madhes.
Theirs has been a run of mistakes marked by a lack of national vision and punctuated with intemperate statements, all in all a waste of the two-thirds majority that they do command in the CA. Indeed, the NC (in particular) and UML seemed to forget that they are far much more ‘Madhesi’ than the ‘Madhesbadi’ parties themselves, in terms of seats in the CA/Parliament. And yet they failed to deploy in the plains their own CA members who had won from the Tarai-Madhes.

Clear and present danger
The fear among the triumvirate leadership as one goes to press is that any delay in constitution promulgation would lead to unravelling of the delicate superstructure, and a waste of eight years of effort. However, the greater danger is that a failure to draft the constitution at all at this time may be used by those who do not believe in democracy to move with the momentum to demand dissolution of the CA itself, claiming that it is a failed body.

Certainly, there is no dearth of civil society stalwarts who would want a collapse of the CA/Parliament and the emplacement of an interim civilian government. This should never be allowed as it would wrest democracy from the people, dim the entire spectrum of national aspirations, and weaken the state geopolitically. Such an opening could encourage the religious right and those bent on upturning republicanism.

To guard against such slippage, the NC and UML need to reach out one more time to the ‘Madhesbadi’ fold, many of whose politicians have the two as their parent parties. A time-bound extension of the promulgation date seems necessary to allow time for talks, in order to carry more signatories in the new constitution than seems presently possible.

The fear of some NC and UML leaders that one extension may lead to more extensions and an ultimate failure of the constitution writing may be real, but that is a risk that needs to be taken given the need to expand ownership over the final document and the possibility of the rise of uncontrollable violence in the plains.

If we understand how we got here, it will be that much easier to chart a course to get us out of here.